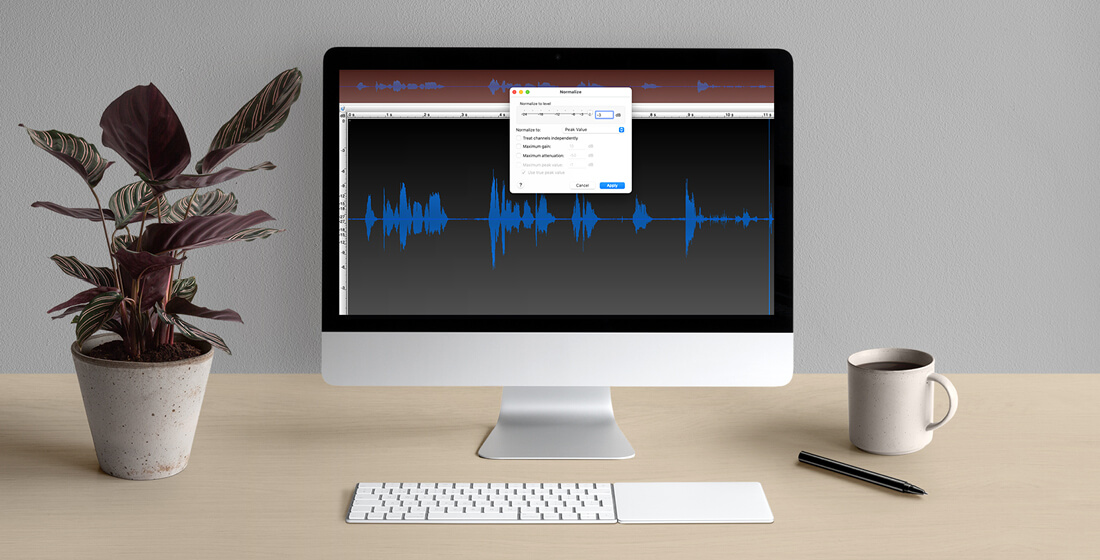 This month I want to take a look at an audio production process that is commonly used but often misunderstood. It’s something that I get asked about fairly regularly and there is definitely a best practice that can be applied to this process which is often sadly lacking.

That process is normalisation (or normalization if you’re American).

Normalisation has a few different meanings in audio engineering circles. Does anyone else remember picking up a soldering iron to normalise or semi-normalise their patchbay? What we’re thinking about today is normalising audio in a digital editor or DAW.

Normalisation is very simply raising or lowering the volume of an audio file to a set level. That’s it in a nutshell. Imagine your client has specified a peak level of -3dB (you can also normalise to an RMS (or average) level, but we’re not thinking about that today).

You could find what your peak level is (easier with an editor than a DAW) then use an amplify process to add or subtract volume to get to that peak level, or you could simply normalise to that value – much simpler. You simply open up your normalisation dialogue box, set the peak level and press Apply. The audio file will then be examined and the levels raised or lowered so the peak is at the level you’ve set.

Because the normaliser needs to examine the file and adjust levels like this it cannot be done in real time, so you won’t find normalisation as an insert/aux effect in your DAW.

How NOT to normalise

This is what I really want to say in this blog. This bit is the reason I’ve tackled this topic this month. Every so often I see in forums a voice artist outlining their production process as something like…

Their usual question is ‘have I missed anything out?’ (I may have exaggerated the chain there slightly for comic effect). There’s lots wrong with that processing chain, but sticking to thinking about normalising. If you’re having to normalise that much you need to seriously re-assess your entire workflow and approach to audio production

Normalisation is a process that should only be done ONCE. And it should be the last thing you do to an audio file before you send it to the client. And you only need to do it if the client has specified what the peak levels should be. The rest of the production chain needs headroom to allow for transient peaks and to prevent clipping.

If you need to normalise after your recording you should increase the gain on your interface to record at better levels. (“Oh, but that makes the noise floor louder.” “Yes it will. If it makes the noise floor too loud then you need to take some time improving your studio to a professional spec.”). If your further processing leaves your levels too low for the next part of your processing chain you need to pay attention to the gain staging. Technically you could normalise to a lower level between each stage of processing, but there’s no need if you’re doing the other processing stages properly.

What level should you normalise to?

Again this is a question that crops up quite often. And the answer is, there isn’t an answer. Normalisation isn’t a standard kind of process. So as I said earlier if your client hasn’t specified a level there’s no need to impose one as a hard and fast rule. ACX and other audiobook publishers state a peak level of -3dB, but even this isn’t a hard and fast rule. It just means peaks shouldn’t be higher than that – so if your peaks are at -4.2dB you’ll still pass ACX specs whereas -2.9dB wouldn’t. The only thing really to add to that is that the higher level you normalise to the louder the audio will be, so particularly for auditions, you may want to normalise to -1dB.

And never normalise to 0dB. Technically there’s nothing wrong with it as you haven’t clipped, but many systems will hit the clip lights if the levels reach 0dB as it will be assumed clipping has occurred.

Normalisation is a fairly recent addition to audio processing. It’s only in the digital age that it’s been possible for the reasons outlined above (the bit about not being able to do it in real time). When everything was recorded onto tape and mastered onto another tape normalisation wasn’t achievable. But there was a process that they could use to ensure levels didn’t peak. And it’s one that’s still available to us now and provides a good alternative to normalisation.

If you’re using a DAW, or just don’t want to normalise you can use this pre-digital technique that’s been tweaked for the digital age – you can use a brickwall limiter. Something like the Waves L2 Ultramaximiser. To use something like this you set the ceiling to the peak level. Then as you lower the threshold, the levels are boosted until they hit the ceiling. Setting so you’re just clipping the tops off a little (1 or 2dB of gain reduction) will make your audio loud without clipping, and without normalising. Just be aware of converting to mp3 after running through this kind of process as peaks slightly above the ceiling can occur during the encoding process, but if there’s no normalised level to stick to it can be a good way of ensuring great levels without clipping.

If you need more help with this – or other production topics – get in touch with Rob. One to one tuition on all aspects of production is available. 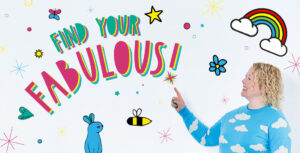 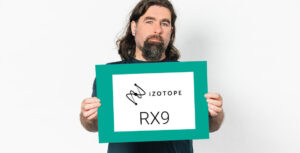 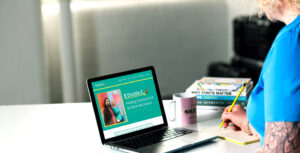 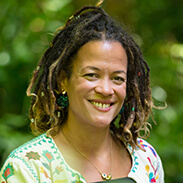